One day Their was a moon that would get very gurmy at times others would talk about him he wasn’t a very energetic moon he doesn’t like to be loud or annoyed, Then one day their was a fish that loves to get very cheeky to others and that was very energetic and annoying.

One day it was nighttime and it was dark and rain was pouring out of the sky , Fish didn’t like how it was raining he hates rain, Fish didn’t like how the moon was the spotlight when it was dark The moon would shine it’s gary light on to the sea but fish wanted the spotlight, Then fish went to his friends and started talking about moon, (fish)I hate the moon It always has the spotlight it shine right into the water (Fish’s friend) Just deal with it, say’s fish’s friend.

That night the moon heard that whole thing fish said.

The next day at night, The moon shined even more brighter then the day before, Fish got even more mad at looked at moon up in the dark sky saying why do you shine so bright can you like not because it’s like you want the spotlight for everyone to like you fish said. Moon got mad and couldn’t handle it, So Moon took fish, fish got scared he was wondering were he was then he realised were he is inside the moon, Fish was begging for forgiveness, But Moon didn’t replay.

Everytime fish would move the moon would always change shape, That how things are the way they are. 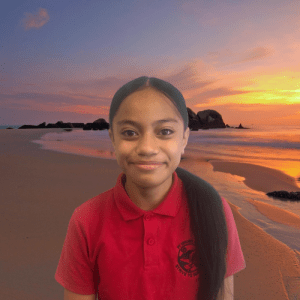